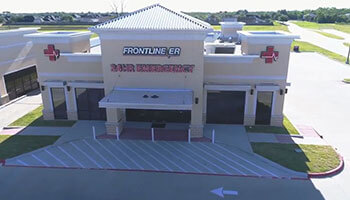 When to Be Urgent About the Flu

When to Be Urgent About the Flu

Flu, or influenza as it is also referred to as, is one of those conditions that are quite common and chances are you have suffered from it at one point or another. When flu season rolls around especially, the cases of flu that are reported go up exponentially, especially in the months when winter is at its peak. Flu is a respiratory illness, one that is contagious, that is caused by flu virus, as is explained in detail over at the ever reliable frontlineer.com. Flu is one of those illnesses that doesn’t segregate as it affects people of all ages, from young children to the elderly and from the numbers and stats provided by the Center for Disease Control and Prevention, up to 20% of the American population suffer from the flu each year, which just goes to show how common it is. Another thing that should be said about flu is that it is different from a cold, although the two are usually confused with each other. Flu symptoms also vary and not all cases of flu are born equal. This is because, while there are those who can suffer mild or even moderate flu symptoms, there are cases of flu that can be severe and may require you to seek medical attention, especially since there are cases where flu has been fatal. This article will look to highlight these instances of severe flu which require one to be urgent about it.

Some of the emergency warning signs that should mean that you need to be urgent about the flu and should seek immediate medical attention include if you are experiencing difficulty breathing. If you have the flu and are experiencing shortness of breath as well as other difficulties as pertains to your breathing such as persistent pain or pressure and tightness in your chest or abdomen, then you should seek immediate medical care. As per the subject matter experts over at frontlineer.com, difficulties breathing should always be taken very seriously as it could lead to asphyxiation if not attended to. In children, signs to look out for are the lips or face turning blue, fast breathing as well as ribs tugging and pulling with each breathe which also indicates difficulties breathing and should be taken very seriously. Other red flags to look out for that mean that you should be urgent about your flu include cases where you begin tom present with persistent dizziness, confusion and an inability to wake up due to your flu. If you are presenting with these symptoms, you should seek immediate medical attention.

If you have flu and begin to present with seizures, then you should also ensure you seek immediate medical attention as this is yet another sign that you need to be urgent about your flu. Given seizures come about due to issues in the brain, as is covered in detail over at frontlineer.com, this should always be taken very seriously indeed. Other red flags that you should look out for if you have the flu, which all mean that you should seek immediate medical attention, include severe muscle pain, severe body weakness, cases where you are not urinating, as well as the fever and cough due to the flu improves and even goes away, only to return soon after worse than before. These symptoms should always be taken very seriously. If your child refuses to walk if they have the flu, it may mean they have muscle pain that is severe and should also be taken for immediate medical attention. If your child spikes a fever of 104 degrees Fahrenheit and above, or they are not waking up or are showing signs of dehydrations such as crying with no tears as well as significantly reduced wet diapers, then this shows you should seek immediate medical attention for your child as far as the flu is concerned.

Another scenario where you should be urgent about your flu is if you are among the group of people that are at a high risk of serious flu-related complications. Children who are younger than 5 years of age, especially those that are younger than 2 years, are part of this group of people. In this age group, children can suffer complications from flu such as pneumonia, dehydration, brain dysfunction among others and one should take their kid for immediate medical attention if they are presenting with signs of flu. Adults over the age of 65 are also at a high risk of suffering complications due to flu and should also seek medical attention if they are suffering from flu. Other folks that are part of this group and should seek medical attention during the early stages of flu include pregnant women, folks with asthma, heart disease, those who have suffered from stroke before, those with diabetes as well as those with conditions such as HIV/AIDS and cancer that compromise one’s immune system as is covered in detail over at frontlineer.com. Children with neurological conditions such as cerebral palsy, muscular dystrophy among others should also seek medical attention if they have the flu. Better yet, those in this group should get the flu vaccine in order to prevent them from getting the flu in the first place.

The above are some of the situations where you should be urgent about the flu, with there being more on this and other related topics over at the excellent frontlineer.com.